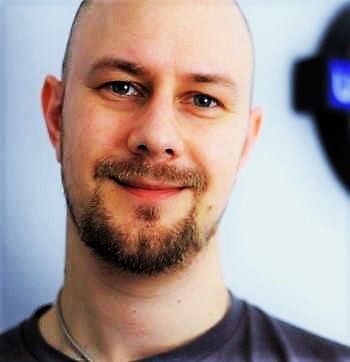 If you work in the Microsoft stack you may have found yourself asking two questions recently.

"Is .NET Core 100% ready to replace .NET Framework?" and "How do I migrate all my existing code?"

Well the answers to these questions are "YES" and "With .NET Standard".

So basically, .NET Standard is a set of common APIs that can be compiled and run by both the .NET Framework compiler and .NET Core. I like to think of it like a Venn diagram 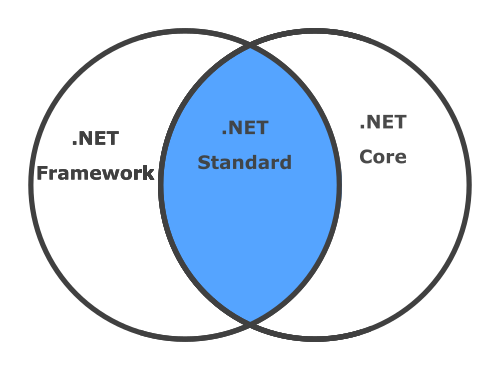 So let's say you have an old skool .NET Framework 4.7.1 web application you want to migrate to .NET Core. your project might look something like this 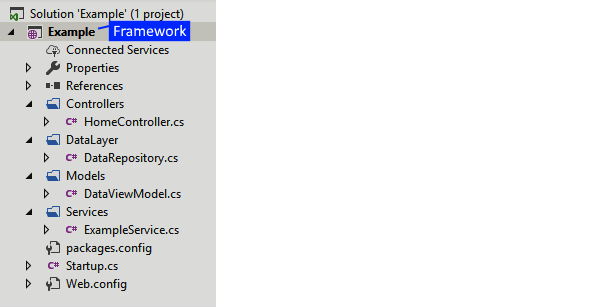 The first thing you should do, if you haven't already, is take out any code that is not WebApi-specific and move them into their own projects. This means POCO's, Service classes, Factories, your DAL, anything that does not directly need to reference the HTTP context.

So let's move everything other than the Controller and Startup.cs code into its own class library. When creating the class libraries I'm going to select .NET Standard 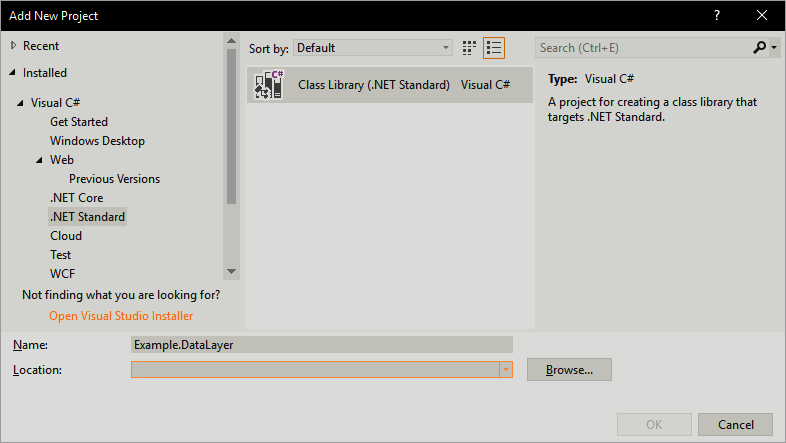 And we can move our non-http-specific code to these new .NET Standard class libraries 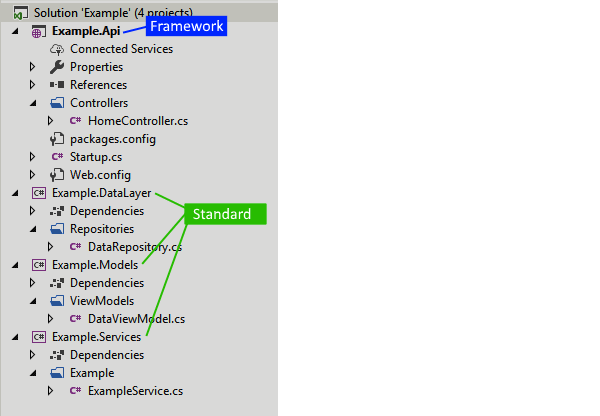 Now it may look like all we've done is move some classes to another project, but in fact by moving them to .NET Standard we have actually moved them into the central part of our venn diagram 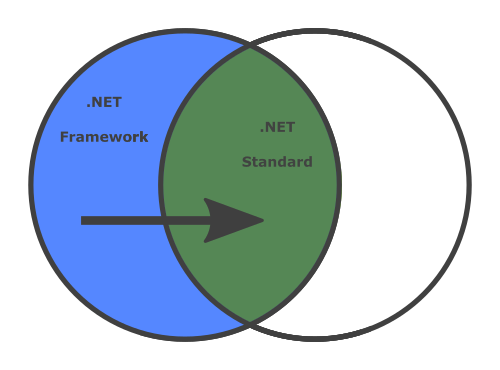 We can't move everything to .NET Standard, we still have to leave our API controller and Startup.cs files in the left hand side of the diagram. This code will not compile if we try to move it to .NET Framework because it relies on base classes and things that don't exist in .NET Standard. That's fine though, we have moved all of the important code, the API boilerplate can be re-written in .NET Core. Add a new .NET WebApi project to the solution 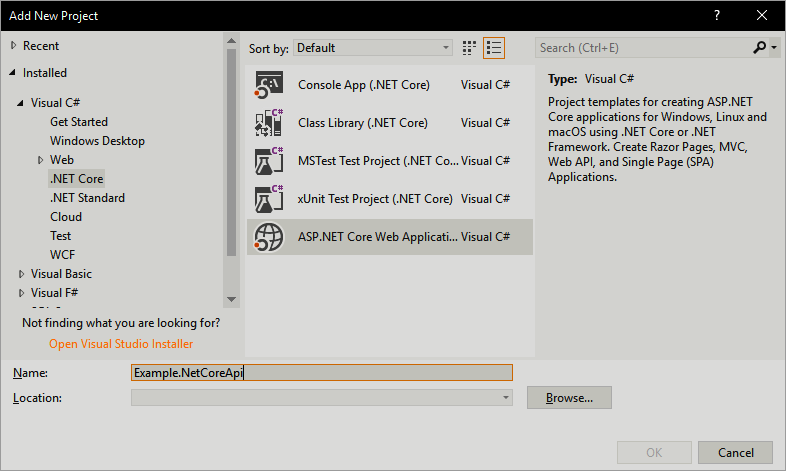 It is worth noting that this solution has only been possible since .NET Standard 2 and .NET Framework 4.7.1. Prior to that, mixing all three of these project types in one solution in Visual Studio was not possible, it couldn't build them all with MsBuild and generally threw a hissy fit. All of these issues have now been resolved by Microsoft - so you have no excuses to not use .NET Standard wherever possible!